Do you think that our pages may interest some of your friends or people you know?

Producers and brands in our offer

Black Diamond, Inc. is a global leader in the design, manufacturing and marketing of innovative active outdoor performance products for climbing, mountaineering, backpacking, skiing and other active outdoor recreation activities for a wide range of year-round use. Black Diamond is synonymous with performance, innovation, durability and safety that the climbing, mountaineering, skiing and backpacking communities rely on and embrace in their active lifestyle. Headquartered in Salt Lake City at the base of the Wasatch Mountains, the Company’s products are created and tested on some of the best alpine peaks, crags and trails in the world. These close connections to the Black Diamond lifestyle enhance the authenticity of the Company’s brands, inspire product innovation and strengthen customer loyalty. The Company’s products are sold by leading specialty retailers in the U.S. and 40 countries around the world.

Adam Ondra, Alex Honnold, Dave MacLeod, Ines Papert, and many other exceptional athletes trust their lives to Black Diamond equipment – just like generations of mountain sports fans have done before them. Since the very beginning of this label's history, Black Diamond has understood and catered for the high expectations of serious mountaineers. The American manufacturer offers gear and equipment for virtually all aspects of climbing.

Climbing Technology (by Aludesign SpA) designs and produces innovative devices for all vertical disciplines, specifically designed for safety and the ease of use.

30 years of experience have made Climbing Technology a company that is capable of perceiving the market needs and turning those needs into innovative products for mountaineering, sport climbing and for safety while working at height.

he products made by Climbing Technology are solid examples of Italian experience in the design and manufacture of the highest quality Personal Protective Equipmant, designed for use in all vertical disciplines: in the mountains (mountaineering and sport climbing), in a professional environment (working at height, working on a rope, rescue) and in a recreational environment(via ferrata and adventure parks). The specialized diversification and constant research of new materials and new processing techniques are essential for reaching the new goals: they allow us to create devices that meet the most advanced technical and sporting requirements.

Three objectives: safety, functionality and simplicity. They are objectives that cannot disregard the European standards, the European directives, the certification of the products and the systems of quality management. We know that in order to excel, we must go further, stimulating and directing the whole team, inside and outside of the company, to collaborate in the realisation and the distribution of our devices.

* An extensive quantity of excellent articles about Italian production: designed, developed, tested, manufactured and distributed around the world.
* More than 20 international patents, many of which are still active and globally recognized which have helped to raise the standards of safety and have become examples of excellence and technical reference around the world.
* A modern production and logistical facility of over 6000 m² located in the province of Bergamo, a region with a strong and recognized mountaineering tradition.

Our journey began more than 25 years ago. Its roots can be traced to the sandstone towers of Český ráj, which is refl ected in the name of our brand. Passion for climbing and the desire for continuous improvement led our fi rm from a small workshop to a company that gained the respect of climbers around the world.

In 1988 Pavel Hendrych, the brand‘s founder and a car designer, starts making climbing harnesses at home. He makes his fi rst models on his grandmother‘s sewing machine, dyeing straps in a large pot in the kitchen. His first source of material are decommissioned brake parachutes which he obtained during his military service with the Czechoslovak Air Force.

Our new brand OCÚN is launched alongside Rock Pillars at the OutDoor fair in 1998, with a new line of harnesses and an exciting new product – the crash pad. Only a few people anticipate that the crash pads will become an integral part of a new climbing style – bouldering.

First introduction of our own line of carabiners, developed by our design and engineering team, was one year later. 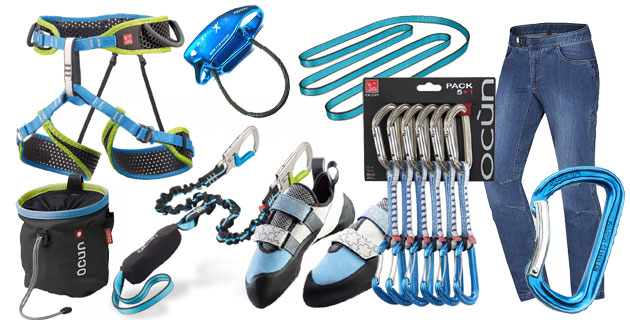 Our two brands – Rock Pillars and OCÚN – are merged into a single OCÚN brand. Combining the know-how, development and production will bring better service to our customers and better quality of our products.

The Petzl adventure began with Fernand Petzl's passion for caving, a passion to which he dedicated his talents as a craftsman. Petzl expertise began to grow with the design and crafting of solutions for ascending, descending, belaying and moving about in the dark. In 1970, the first "Fernand Petzl" brand products were produced in a workshop in Saint-Nazaire-Les-Eymes, Isère, France. Since then, the Petzl company, established in 1975, has grown into an international enterprise, all the while preserving its personal feel and the passion that drove Fernand Petzl.

Timeline
* 1936: Fernand Petzl starts exploring the Dent de Crolles in France
* 1950: Fernand Petzl and others explore the Gouffre Berger in France, the first 1000-meter cave descent
* 1968: Our first rope ascenders and descenders (BASIC, SIMPLE) are brought to market under the name Fernand Petzl
* 1973: The first Petzl mountaineering headlamp is invented
* 1975: Founding of the Petzl company in Crolles, France
* 1977: The first Petzl harnesses are produced
* 1990: The first products are designed specifically for the professional market
* 1991: The GRIGRI, the first self-braking belay device, is invented
* 1998: The TIBLOC, an ultra-compact rope ascender, is introduced
* 1999: Our US subsidiary is founded in Salt Lake City
* 2000: The first Petzl LED headlamp, the TIKKA, is introduced. Acquisition of ice axe and crampon manufacturer Charlet Moser
* 2004: ASAP mobile fall arrester
* 2006: The Petzl Foundation is created. Introduction of the EXO personal escape system for New York City firefighters
* 2008: Creation of Petzl Solutions for training and experimentation
* 2010: Opening of Petzl Manufacturing in Malaysia
* 2012: The NAO headlamp with REACTIVE LIGHTING technology
* 2013: ZIGZAG mechanical Prusik for tree care
* 2014: Petzl's subsidiaries in Spain and Germany are founded
* 2016: New GRIGRI + belay device 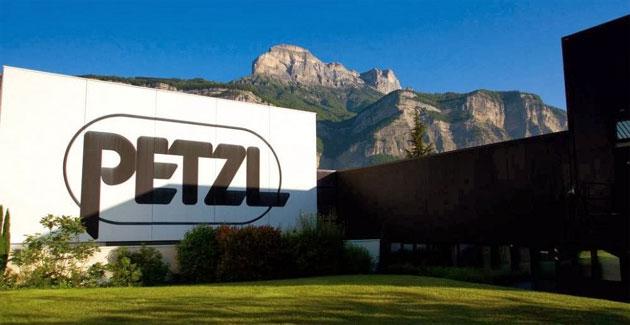 Enter your e-mail to sign up for news and actions.